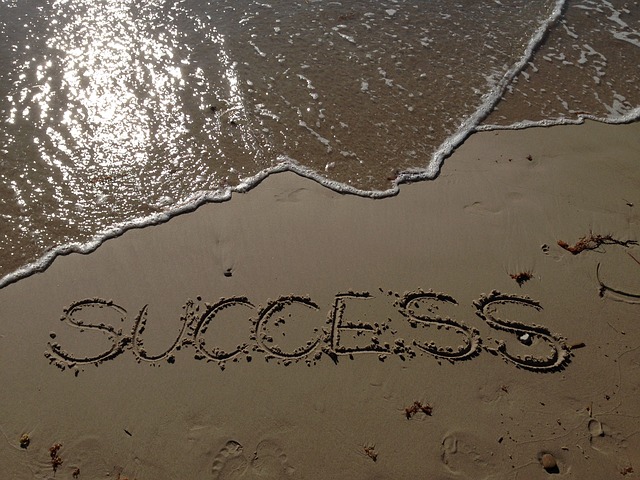 I am writing this article in response to the parents who have frequently requested a recipe for HSC success. Their inquiries are often couched in the terms of the steps that can be followed that ultimately lead to success at the HSC.
I have never considered success as the consequence of following sequential steps, but rather as the result of developing habits that exist simultaneously. In this regards, I am in sync with Dr Covey.

Nevertheless, from this point we diverge. The first habit is self-belief, to be successful in the future you must ‘see yourself’, in your mind’s eye, as being successful now. Meditation helps. This is the message that I convey to all my
students at every coaching session, by every means at my disposal. I have seen too many students failing because they have been convinced by experiences in the past that led them to believe that they could not succeed.

A classical example was Jeremy who attended my earliest coaching sessions at Master Coaching. Jeremy was in mid-year 8 and I gave him a year 7 diagnostic test. His results were disastrous. His problem stemmed form his failure to learn long division in year 4, subsequent to him being promoted to an accelerated class and then promptly demoted after repeated failures in this algorithm. Jeremy mastered long division in his first coaching session. Consequently he was promoted every year through high school and finished top of his school in mathematics (Extension 2) at the HSC level. Later he excelled in engineering at university. This is just one example of the hundreds that I could have used, but Jeremy has remained in contact with me to this day.

Studying and applying yourself

The next habit, after self-belief, is to study and apply yourself as if you were the top student in your school, or your state, or even your country. Commitment and belief are the twin engines that drive your success.

However, there are habits inside study that need to be considered, and those are in line with our philosophy. (See https://mastercoachingaustralia.com/free-lessons/study-skills/ for free study guide). When you study you must ‘begin with the end in mind’, (Covey, habit 2). Too many students program themselves to study for a time limit, but have no goal and thus gain limited benefit from their efforts. Instead of having a goal to study for two hours, make a goal to master some topic, or produce a study guide, or something that is valuable and can be measured. Then test yourself at the end of your efforts, and reward yourself appropriately. When I have asked students who have informed me that they completed two hours of study last night; “what did you learn?” some have been unable to point to one goal achieved.

The next habit is to be consistent, work out a weekly, monthly and yearly timetable for your study guide and spread them uniformly over those periods. Binge sessions of study or neglect are both harmful to your long-term goals. Study when you are fatigued, or late at night is counter-productive; irrespective to others may say. Your brain is like your muscles, it cannot function efficiently when you are tired and it is starved for oxygen. Develop a routine that suits your life-style while at the same time achieving your long-term goals of success.

School success is measured in tests or examinations, and exam technique is generally not taught in schools. At the same website mentioned above you can download a simple guide to good exam technique. This guide enabled a student to move from last in his extension 2 class to first by simply changing his exam techniques and strategies. His marks improved by over 25%.

A fourth habit is to think ‘win/win’, or more succinctly, make the most of every opportunity. Many students feel that they can compensate for not learning in class by extra work at home or work with a tutor. I know that there is a great variation in the ability of teachers. A brilliant teacher will produce outstanding results from his/her whole class, a poor teacher the opposite. As a head teacher for nine years I witnessed this year after year. I had no control over the teachers handed to me by the Education department (and in most cases I was very lucky in that respect), but I knew in some instances that when I made the teacher allocation I was condemning some students to poor results. Irrespective of all this, it is the student’s best interest to make the most of this compulsory time spent in class; and it is in the teacher’s best interest to have successful students. The student should respect the teacher and give his/her best efforts to every moment in class. This is a win/win.

To think excellence in everything that you do

The next habit is to think excellence in everything that you do; if it is not your best it is not good enough. I am finding more and more students starting coaching without any idea of neatness or correct setting out procedures. Converting their untidiness to neatness and correct setting out procedures is a simple process and their improvements in mathematics are immediate and spectacular. If you will only accept the best from yourself, you will find that others are often drawn to give you their best.

A balance in all things

To become the person of your ideal you must have a balance in all things, and you should enjoy life’s journey. Learning is a lifetime experience that should give you pleasure and reward. Part of balance should be to remain physically fit; this can be achieved with a few hours exercise each week and some cardio work such as jogging or swimming. Your social life is also part of that balance. I once coached a student called Rachel, real first name, who came to me in year 5 with her younger brother. They remained in coaching for two years, at which time Rachel was in about 50 th position (in most subjects) out of the close to 300 students in her grade at school. I met Rachel two years later when she was about to enter year 12.

At the end of year 10, Rachel embarked on a twelve-month exchange program in Finland through the AFS (2) program. Most students derive great benefit from these programs, which are very well organised, funded and monitored. Rachel’s experiences were disastrous from day one. Her first two host families were unsuitable and caused her great anxiety and worry. She was not settled with a suitable family until half way through the exchange. A school day trip to Moscow saw her separated from her cohorts and she was originally abandoned in Moscow because she was not found before the return flight. Rachel was also one of the very students who didn’t master the host country’s language, and she learnt nothing at school where all classes were conducted in the Finnish language.

Nevertheless, when she returned to Australia (in November) she was determined to go into year 12 rather than repeat year 11. The school suggested that she study mathematics at the lowest level, but mathematics at that level
would deny her entry into her chosen field of study. Rachel came to me at a summer workshop at Master Coaching to improve her mathematics standard to 2-unit advance level. Her rate of learning was outstanding and I was able to
convince Rachel, and her school, that she should study the extension 1 course for the HSC.

Rachel did the entire HSC course in one year, completing it at the same time as the cohort group that she started with in year 7. Prior to taking the gap year in Finland, Rachel was about 50 th in her grade. In her HSC Rachel was placed on the Premier’s merit, finishing in the top 100 students in the State of NSW. Over 60,000 students sat for the HSC that year. In extension 1 mathematics at the same exam she gained 150/150, and the same mark for English extension 1. Master Coaching coached her in both subjects, but her success was achievable because of Rachel’s beliefs and efforts. Throughout the year Rachel worked two nights per/week at a fast food outlet to help pay for her tuition, she also had a steady boy friend and she played hockey each weekend.

Rachel was strong in all the habits mentioned above. Her belief came form the experience of surviving her exchange program, she rated those challenges far more daunting than her school study. Because of her busy schedule Rachel made maximum use of her available time, and her program taught her that when things are not properly thought out and executed, problems arise. Most importantly, Rachel had a bubbly personality her enjoyed the challenges and
learnt from her failures.

There is a child like Rachel in every student, we just have to find them. That is what we do at Master Coaching.

1
1. Be proactive
2. Begin with the end in mind
3. Put first things first
4. Think win/win
5. Think to understand; then to be understood
6. Synergy
7. Sharpen the saw

2 AFS (American Field Study) is one of the largest student exchange programs in
the world.