Master Coaching is about more than tuition, in fact the term 'tuition' is rarely used. Students are 'coached' ; motivation is the underlying strategy used to show students the true horizons of their tremendous potential as a person. We believe that every child is a genius. It takes a very talented teacher to find the key to unlock greatness.

"Every child has the potential to perform at the highest level in any form of endeavour. Children will achieve at the level they realistically expect to achieve at. Teachers play a key role in setting expectations for students. A talented child is one whose self worth and expectations have been allowed to flourish".

This is the very philosophy underpinning the Master Coaching organisation.

Robert Ollis is a motivator on a mission to inspire all children to achieve to their potential, both academically and personally. Awarded Dux of Camden High School, Robert originally studied engineering at the University of New South Wales before completing a Bachelor of Science degree and a Diploma of Education. At the completion of his study, he had received straight distinctions in pure mathematics which at the time was the highest award given by the university. Over a three year period he completed a Masters of Science degree at Macquarie University, majoring in pure mathematics & statistics.

Robert Ollis started his teaching career at Campbelltown High School, an area very similar to Penrith. In his first year of teaching he taught the student who came second in the HSC extension 2 mathematics exam, (previously known as level one maths). Prior to commencing as a teacher Robert had been told it would take 12-15 years before he taught the top HSC mathematics class. Because of his success in his first year he was given the top HSC class again in his second year of teaching. All the students in Robert’s class scored over 90% in the HSC and they were all placed in the top 10% of the State. Subsequently, Robert taught the top HSC mathematics class at Campbelltown H S for the next five years, (placing many students on the State Merit List in mathematics), until he was appointed head teacher to Hoxton Park HS. For eight years throughout his teaching career, Robert held the position of Head Teacher in the Mathematics Faculty.

Robert Ollis left teaching to pursue his passion for mentoring students by opening his first Master Coaching centre in Campbelltown in 1984. His results were as outstanding as his teaching results and the centre quickly grew to cater for over 300 students, many travelling from distant places such as Illawarra, Moss Vale, Liverpool, Oakdale, Camden, et al., to join the Master Coaching experience. The success of Master Coaching Campbelltown led to Master Coaching Franchising. 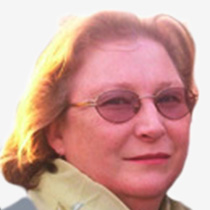 Chris graduated from Canberra University with a Bachelor of Education with English, English Literature and Library Science majors. Her double degree allows for teaching at both primary and secondary levels. She has worked for the Department of Education as a teacher and senior education officer, as well as completing post-graduate studies in literacy, autism spectrum disorder, reading freedom and performing arts.

This skilled educator has taught students from pre-school through to HSC and adults at Tafe and Master Coaching for over twenty five years. She has extensive experience in reading skills acquisition, school certificate and higher school certificate teaching and marking.

Chris has written books and programs on mixed ability, early literacy, middle years English, senior literature and enrichment English. She has also worked with UWS West Talent and the NSW Talent Centre in developing and delivering programs. She currently teaches literacy, science and mathematics, as well as life skills programs at an SSP school.

Years ago, Chris took up the challenge of running her own Master Coaching Learning Centre and enjoys the rigours and delights of administering, selecting staff and tutoring in her own centre with the vision of providing the most inspirational teaching in the world.